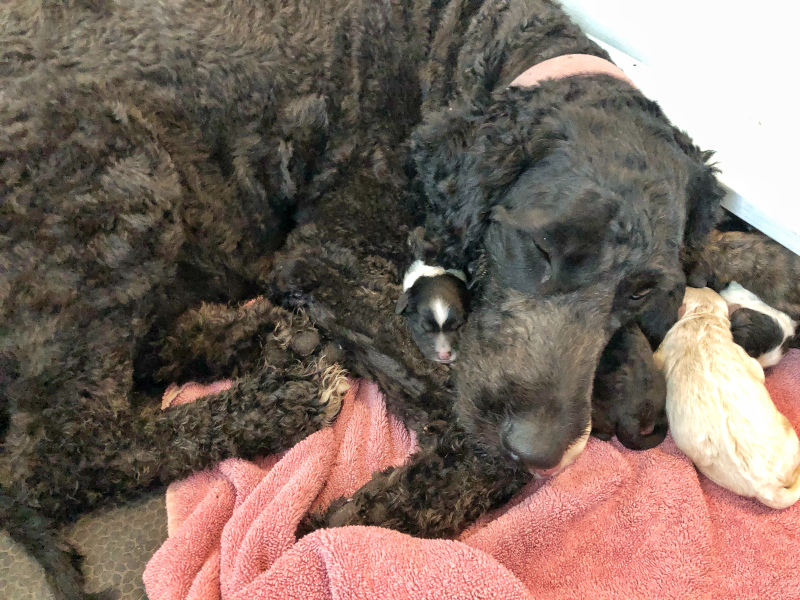 It has been a long night, but a good one! Sugar seems to be done and resting now after having 7 babies.

First, a cream girl was born on Sugar’s pillow by our bed.  The cute little squeaky sounds woke me and I moved the two of them to the whelping box.

But Sugar wanted her pillow. I told her no, but she insisted.  That dog was not going to settle down and finish delivering pups until she had her bed just the way she liked it. Once she was calmed and settled onto her pillow, she had a second blonde girl.

Soon after was a black boy. (Who came along with the loudest dog fart I have ever heard, we might call him, Bomber)

Then, our eldest grand fairy came in from her late EMT shift in time to deliver a second black boy. It is nice to have a professional on hand, right? 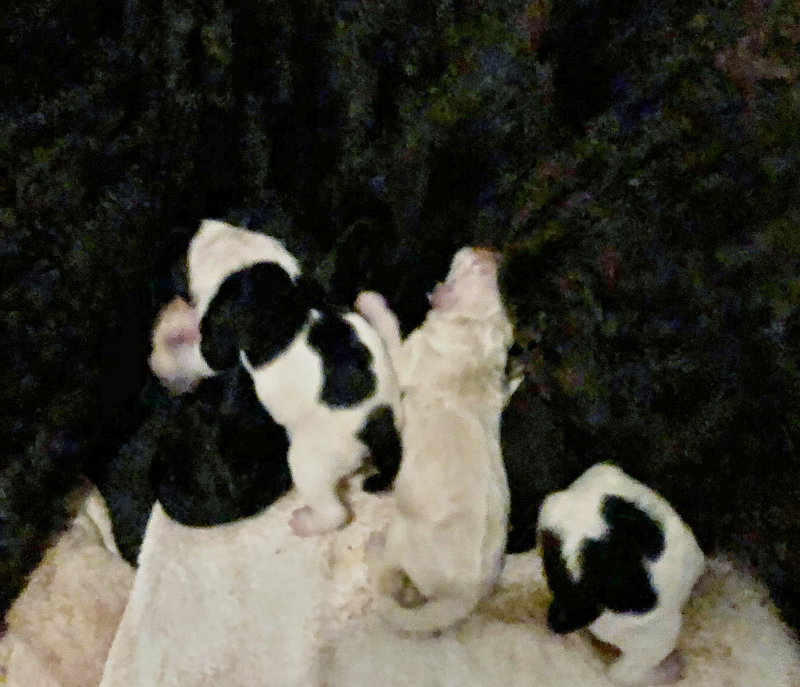 When a spotted girl arrived, I guessed that she would have a twinner on the way, and yep!  Here came a spotted sister for her. Up until then, all had gone well.  Sugar delivered easily, with zero fuss, and knew just what to do. We were basically there for moral support.

But all was not well with the 2nd little spotted beauty.  She was limp, lifeless, and Sugar pushed her away.  It took much longer than I was comfortable with to revive her.  And Sugar had no interest in this baby.  If I tried to enlist her help in chest massage, she would take the cold pup in her mouth and set it aside.

I almost gave up, but that tiny chest had a heartbeat that was strong. Then as the sun came up, she let out a creaky cry.  And she began to wriggle a bit.  We are calling her Dawn, since she came awake with the sunrise.

She is doing okay, but I have had to help her latch on to get milk. I might supplement her with a bottle if she is still struggling later today. Her mama is caring for her, but I am ready to help with formula if needed. 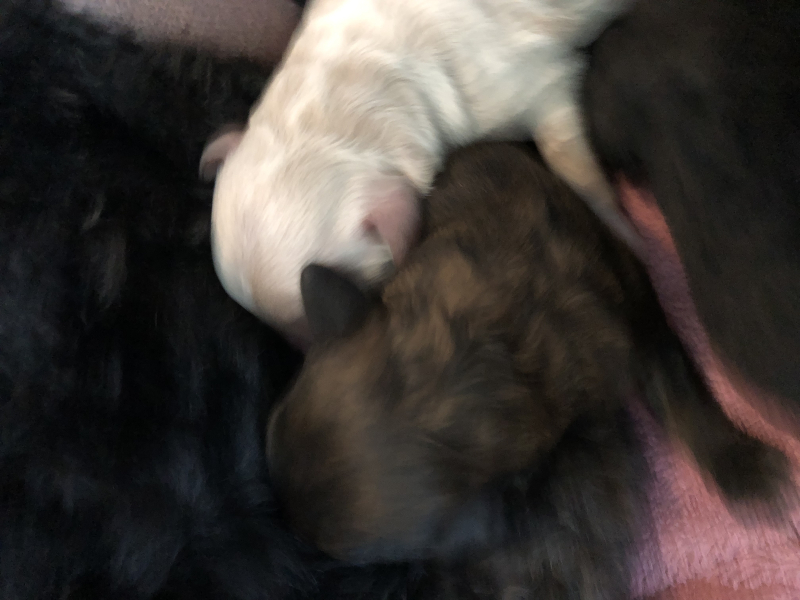 I was thrilled to have six, nursing, crying, fat pups and thought we were done.  They were squeaking and snorting and sounding strong, so loudly that it woke up  our grand fairy, Sugarwings. That girl raced downstairs, excited at the sounds.  She made it just in time to see a brindle boy being born about 6am.

But he wasn’t part of a set, I think this is the end. 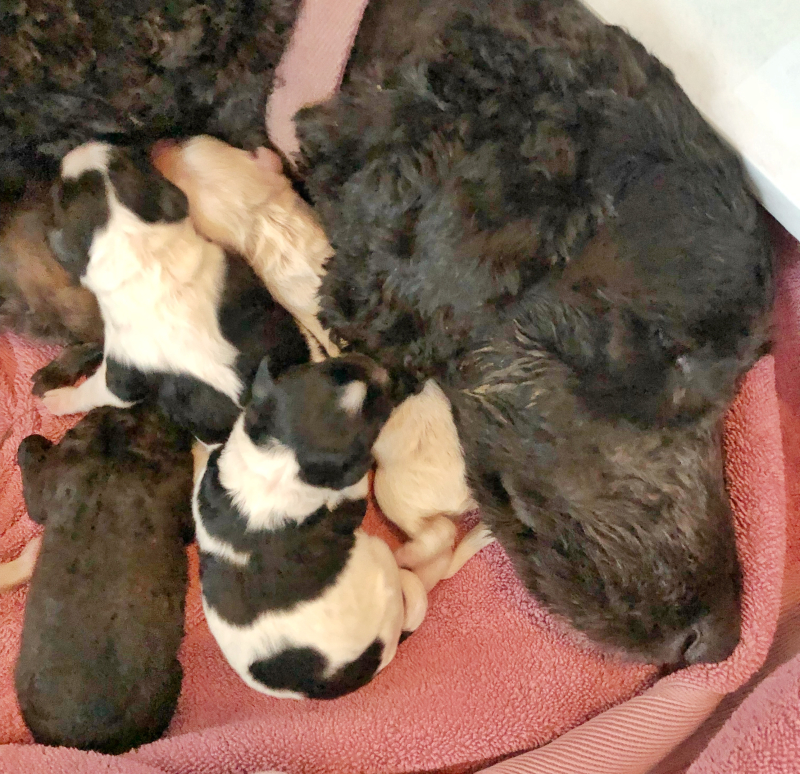 Good job,  Sugar!  Three sets and a bonus brindle.  It was a busy night.