Tales (or tails?) from the road, part one 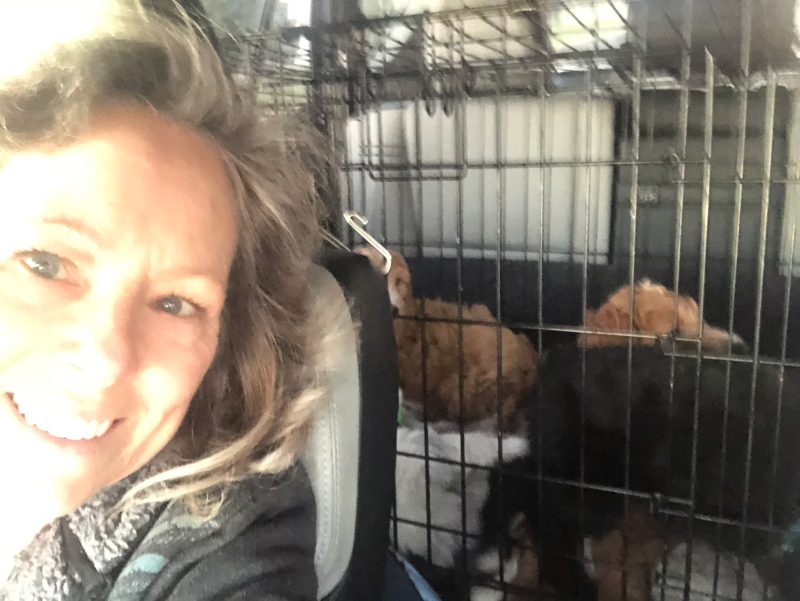 Our cross country adventure with four dogs unexpectedly turned into five dogs instead. 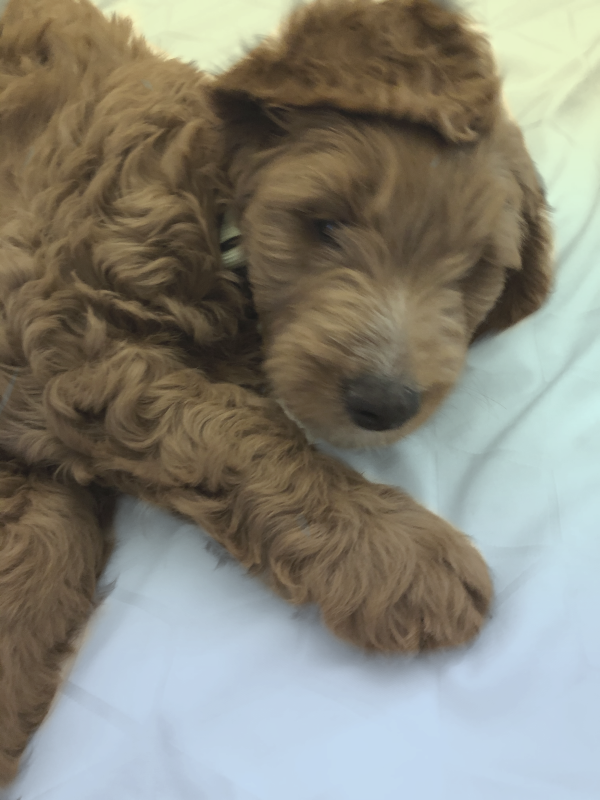 This guy needed to be picked up in Nebraska the night before we left for NY.  My husband was my hero, Rich sped off to get the Butterball on a moment’s notice after his new owners decided that his puppyness was a bit much for him. 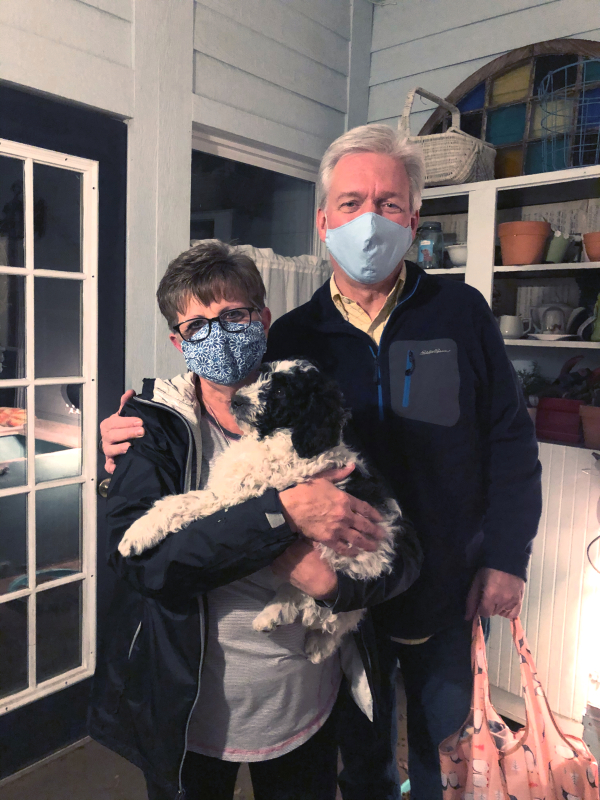 I stayed behind to get this Sugar Baby sent off with his new family. 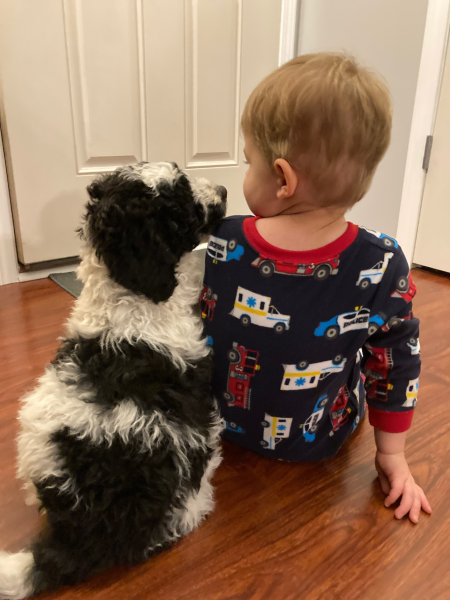 It looks like he is happy at his home with a forever best friend. 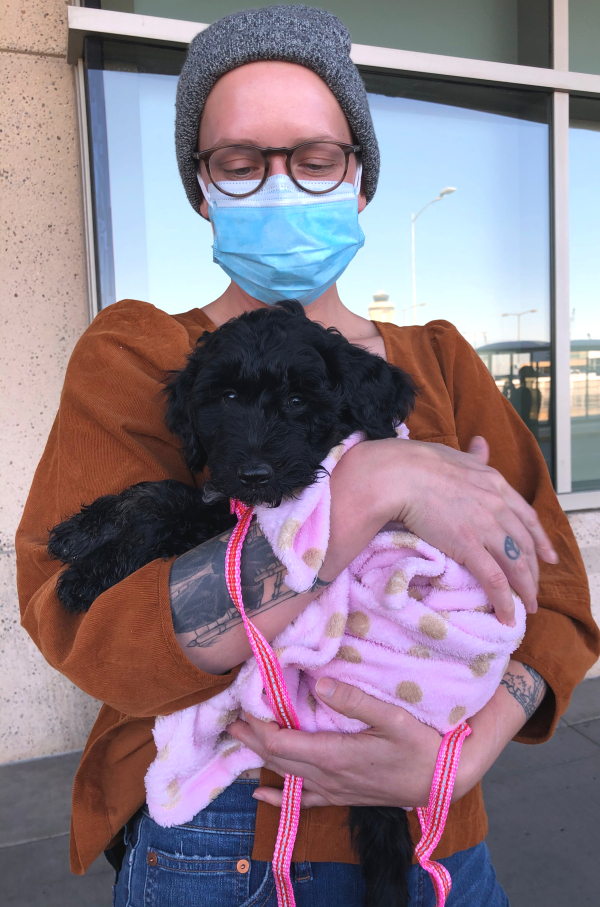 I’d also made an airport drop off for this baby to go to her mom who was arriving from California. 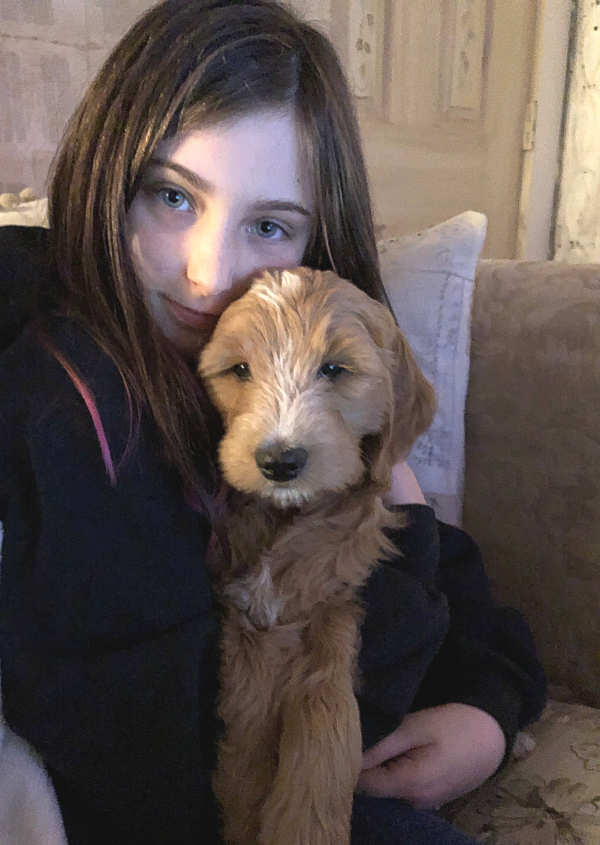 Plus, we were in the midst of a too short visit from Dewdrop and her daddy.  A drive to Nebraska wasn’t in our plans the night before we headed out on a cross country jaunt. 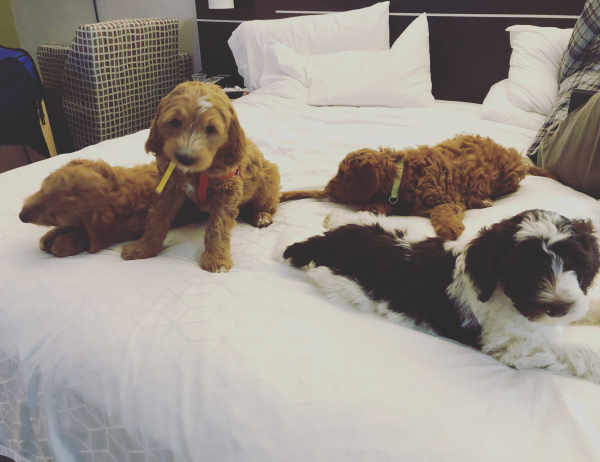 But- No Man Left Behind!  We were not leaving him where he was not wanted, so he hit the road with us. 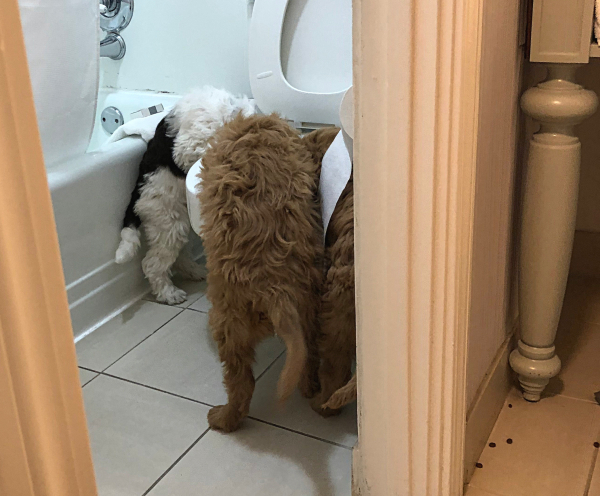 Good thing that he came along, or he would have missed the joys of exploring a hotel room.  The puppies were completely mesmerized by the toilet. 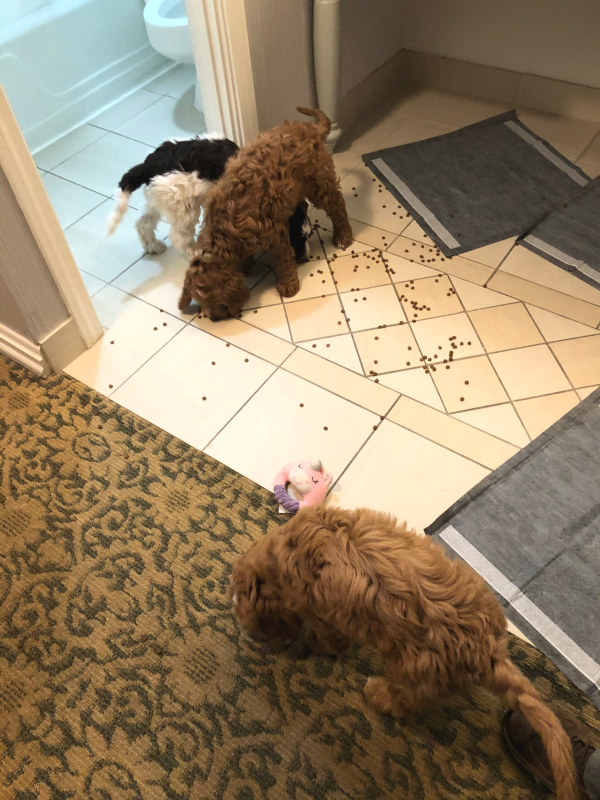 They were actually pretty good in the rooms for the most part.  Their excitement of being out  of the car led to some noise control problems, but overall, they were well behaved.

I am soooooooo happy I trained them to use potty pads as well as to go outside.  Being mostly housebroken really helped. 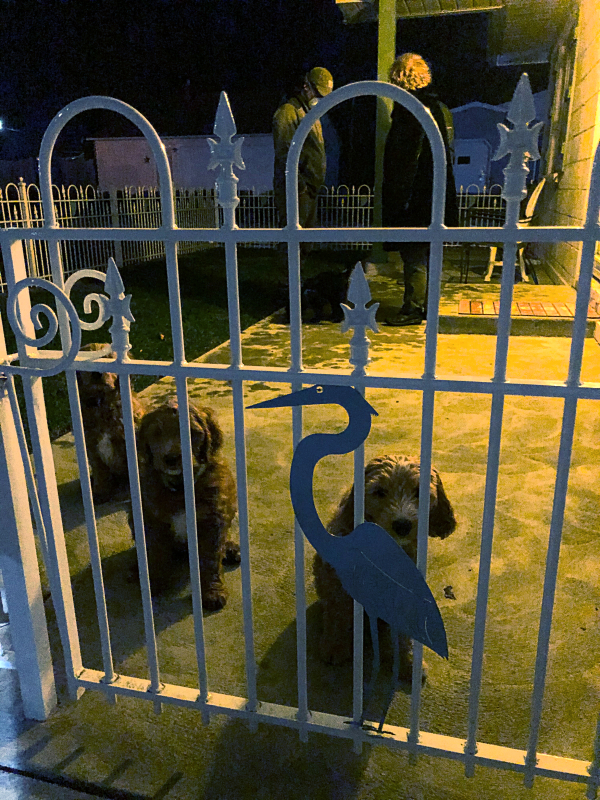 Our first stop was Indiana, where the pups could stretch their legs in Sissy’s pretty, custom fence. 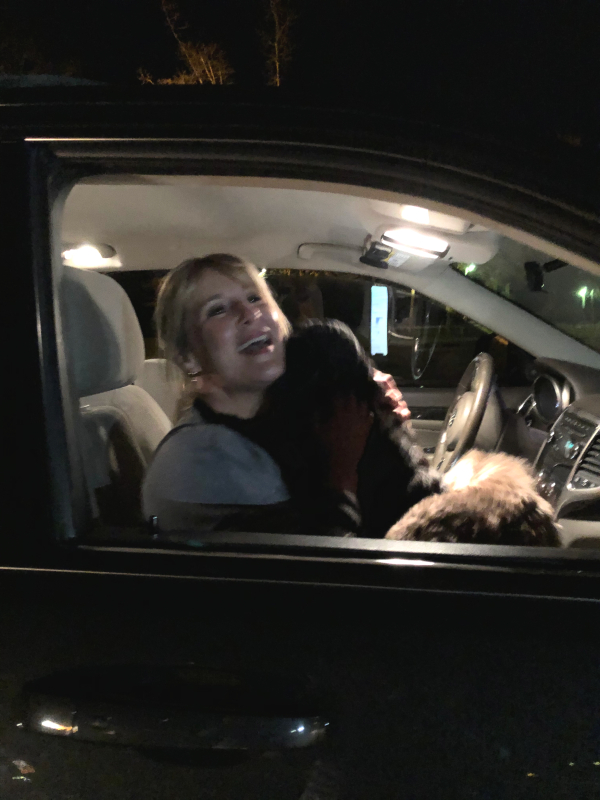 We left Ryder there with Jo Jo. 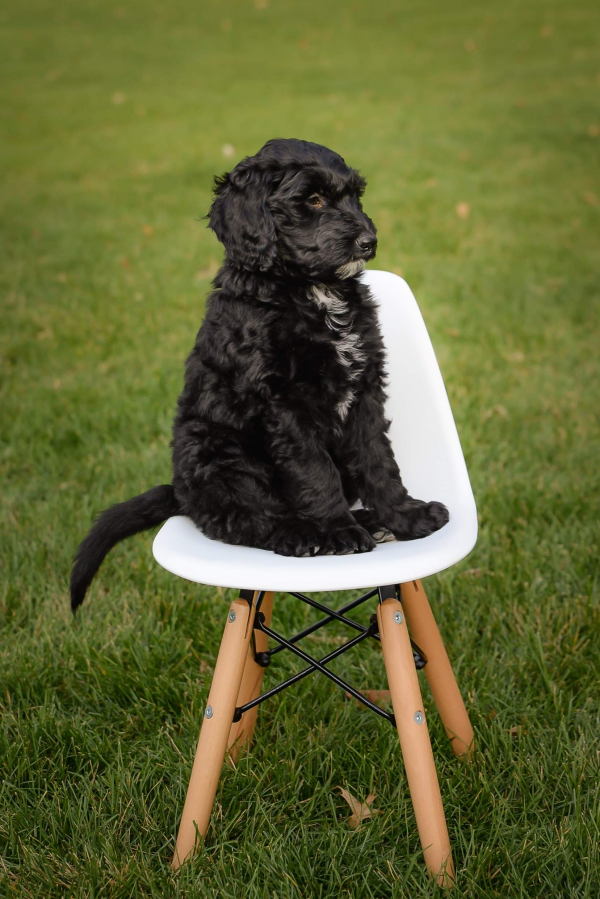 Her name is after my Ryan, who is JoRenda’s cousin.
Ryder has already had her first photo shoot, and she is a talented model.  That girl loves to show off her sitting up skills. 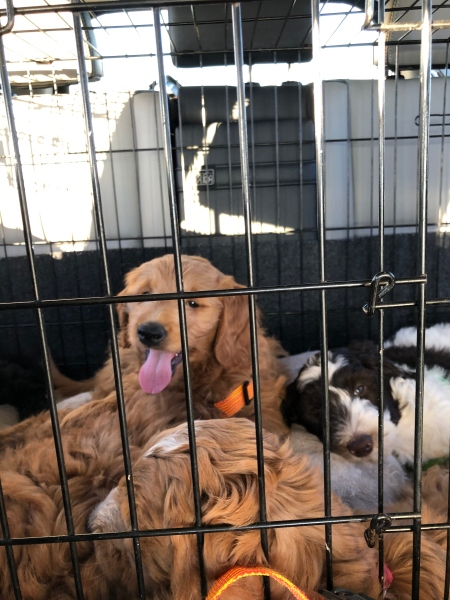 We missed her, but I have to admit that five dogs on a road trip is a lot.

On our first pit stop, I struggled to attach leashes on the waterfall of puppies pouring out of their crate, and thought I’d walk them all while Rich grabbed coffee.

It didn’t occur to me that five little babies together added up to over 70lbs and i was very quickly overwhelmed.  They wove their leashes in and out and around my legs, then drug me down into a ditch that I couldn’t escape from.  I had to holler for Rich to unwrap me and pull me up from the pit I’d been tugged into.

It’s been an adventure so far.