Out for a walk

Strolling with the goldendoodle puppies 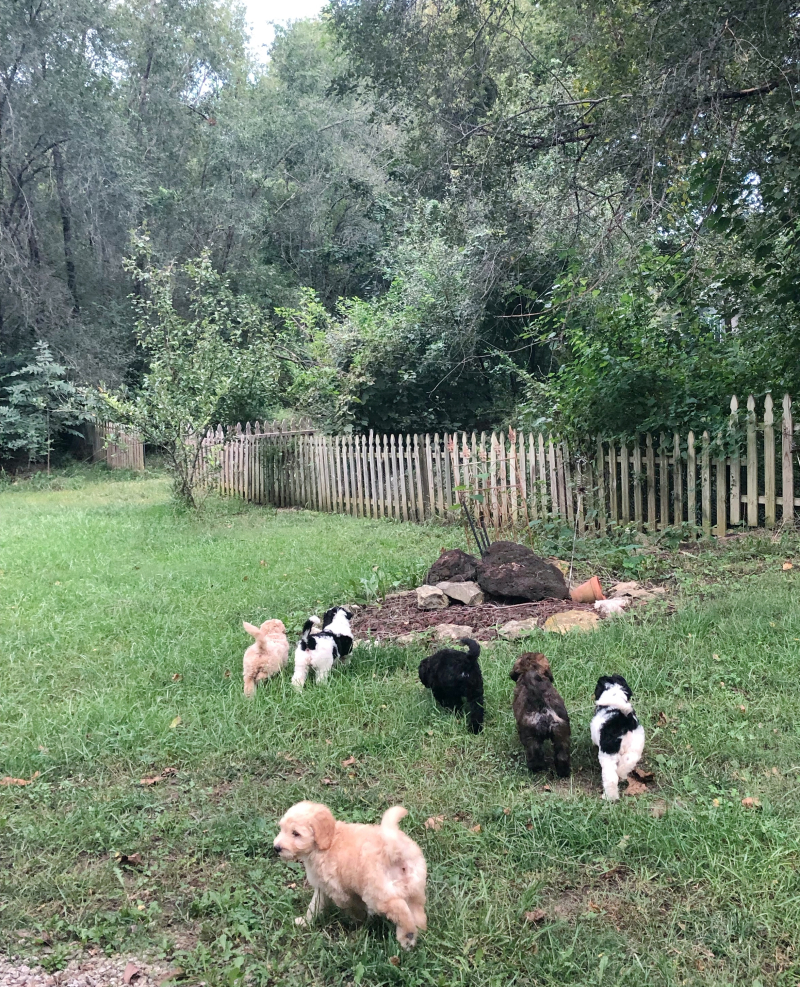 We took the babies out for a stroll yesterday. 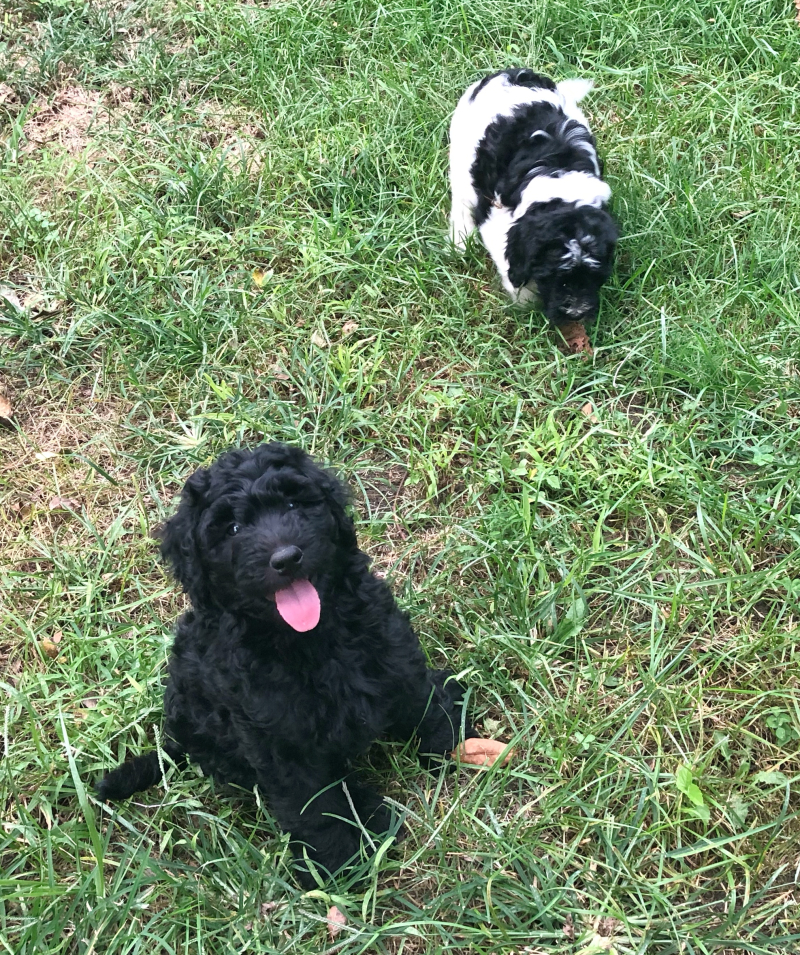 I thought it could be good training for having them come when called, since they wouldn’t be fenced and I could see if they would still listen if they had other options.. 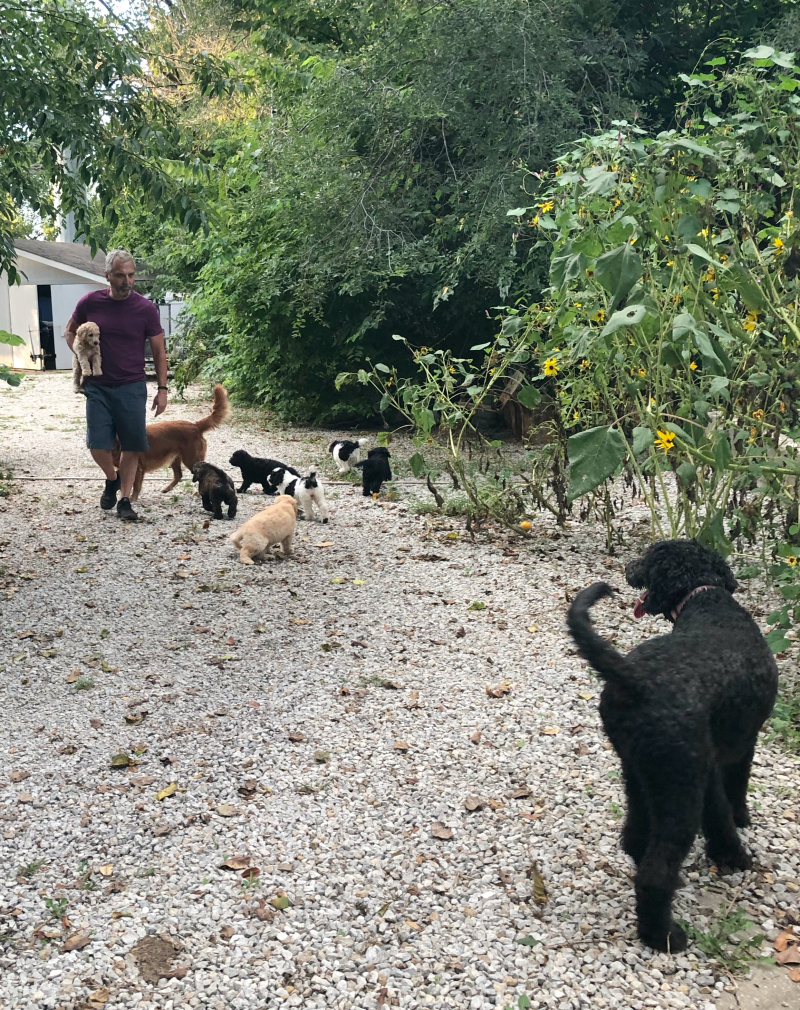 Six out of seven came running when I beckoned...but that feisty one- she has a mind of her own.  She was very curious and wanted to check out every bit of our ten acres at once.  Luckily, with her mama dog nearby, she wouldn't go too far.  They all like their mama a lot.  But we did end up carrying Miss Mischievous part of the way, just so we would know where she was. 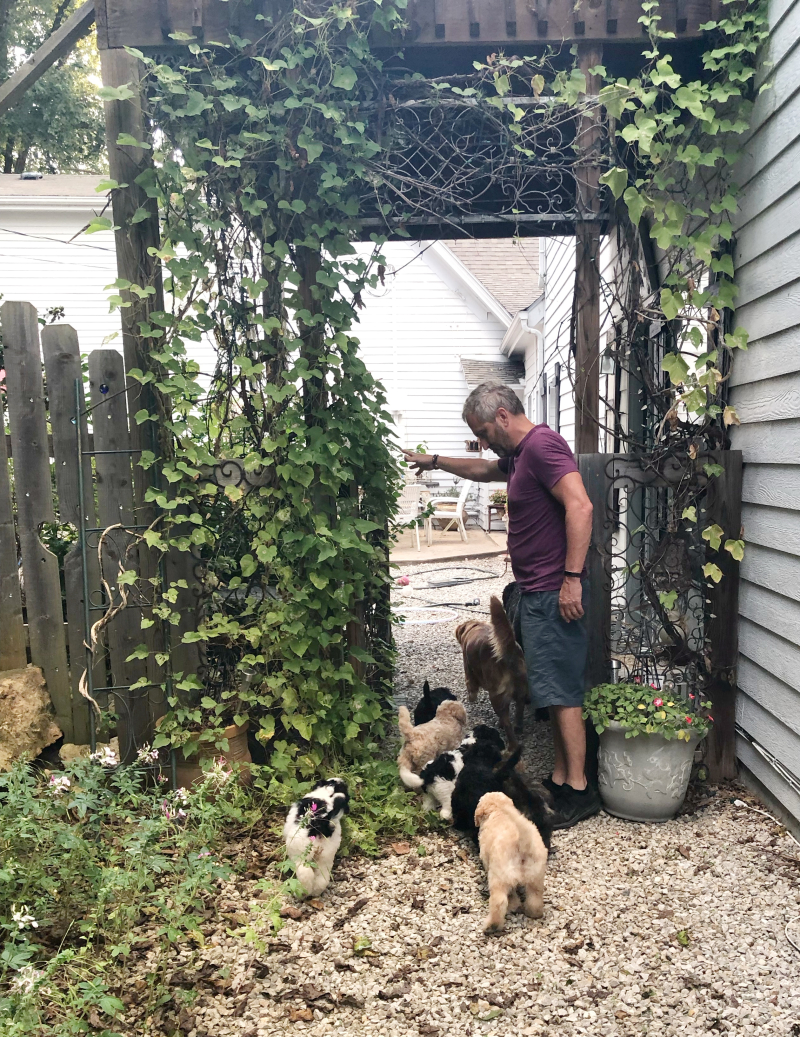 When we put her down she fell in line with the others and waddled back into the fence.

We will get them out more often.  Even though they have a huge yard to run in, they were very excited to have new spaces to explore.